On Thursday, the Walt Disney Company revealed an enormous portfolio of global, regional, and local language content for Disney+, featuring more than 20 new APAC content titles, including 18 Originals. In addition to the huge library of branded material like Disney, Marvel, Star Wars, Pixar, National Geographic, and Star, consumers can expect a wide selection of unique tales from top content producers within the area.

Original productions by leading content creators are among the new APAC projects, which range from star-studded scripted live action tent-pole series in drama, comedy, fantasy, romance, science-fiction, crime, and horror to variety shows, documentaries, and anime from markets such as Japan, South Korea, Greater China, and Australia. The new APAC content titles will be accessible on the streaming service throughout the next year, subject to local availability. Disney's goal is to greenlight over 50 APAC Originals by 2023, and the new projects announced today are part of that goal.

“For many decades, The Walt Disney Company has been entertaining consumers and has been an integral part of the local creative ecosystem,” said Luke Kang, President, The Walt Disney Company Asia Pacific. “Today, we are making another commitment by combining the global resources of the company with the best content creators from Asia Pacific to develop and produce original stories on Disney+. With over-the-top services going mainstream, emergence of world-class content from Asia Pacific and rising consumer sophistication, we believe that this is the right time for us to deepen our collaboration with the region's best content creators to deliver unparalleled storytelling to global audiences.”

Disney also introduced the Star brand, which serves as home to thousands of hours of movies and television from Disney’s creative studios, including Disney Television Studios, FX, 20th Century Studios, 20th Television, Touchstone, and more, enhanced by the addition of local programming from the regions where available.

Over the next few years, Disney will be launching a significant slate of premium branded entertainment on the Disney+ platform, including content from its global brand franchises, general entertainment content from Star and local language originals from APAC.

Jessica Kam-Engle, Disney’s APAC Head of Content & Development, who unveiled the new content slate from APAC, added, “Our production strategy is centred on working with the best local storytellers in the region, leveraging our brand power, scale and dedication to creative excellence. We look forward to collaborating with award-winning and emerging creative talent in Asia Pacific and sharing authentic stories that reflect the unique cultural and social dynamics from this region to global audiences."

Key highlights of the new APAC content titles include:

- An action hero thriller, Moving is the ultimate tent-pole show from Korea based on the webtoon by Kang Full about three teenagers discovering their unusual powers.

- Snowdrop, a romantic melodrama series starring top Korean actor Jung Hae-in and BLACKPINK’s Jisoo. Told by the creators behind the 2019 K-drama mega-hit “Skycastle,” Snowdrop is one of the most highly anticipated dramas of the year.

- Exclusively on Disney+ and in theatres, BLACKPINK: The Movie is a documentary on the chart-topping Korean pop group, in commemoration of their fifth year anniversary.

- Summer Time Rendering is a Japanese animation based on one of the top manga titles with a cumulative total of over 130 million page views on the Japanese web manga app Shonen Jump +.

- YOJOHAN TIME MACHINE BLUES (Working title) is a new Japanese animated series and the sequel to THE TATAMI GALAXY. This is the latest work by award-winning writer Tomihiko Morimi and Science SARU, a production studio that has won numerous international awards.

- From the hit movie with the same title, Susah Sinyal (or Bad Signal) is a comedic drama series about a group of hotel employees managing a classy resort hotel in West Java.

- Under the creative vision of award-winning director Joko Anwar, and produced by Screenplay Bumilangit, Bumilangit will be launching its first series soon.

- Featuring the talented Chen Bo-Lin, Small & Mighty is his come-back appearance in Taiwanese drama since "In Time With You," and a comedic drama about self-discovery.

Disney has also launched The Walt Disney Company’s “APAC Creative Experience Program,” a first-of-its-kind bespoke initiative which will connect hundreds of top creators from APAC with Disney’s world-class filmmakers and creators. Through creative masterclasses, live panels and other engagement activities, Disney will provide opportunities for leading creators from APAC to meet executives and creatives from many of the company's key brands and studios.

“We hope that this program will inspire the creative community and add further momentum to the creative development of Asia Pacific, which I believe is emerging as a global content and media powerhouse," said Kang. “The creative talent and content we are seeing from many APAC countries is world-class, and will only get better. Disney’s unparalleled storytelling is the foundation of our special connection to our audiences and we look forward to offering top talent in the region with insights into the creative processes of the world's best storytellers.” 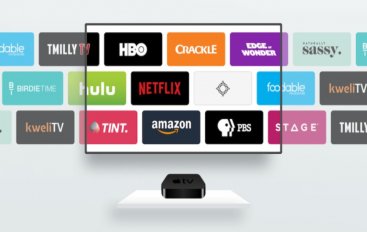