Zee Must Remove Its Regional Channels From KU Band: I&B Zee Media has filed a complaint with the Delhi High Court against the ministry of information and broadcasting after the government revoked the approval it had provided for the uplinking of 10 Ku-Band television channels.

The government had requested last week that ZMCL remove its ten regional news channels from the KU Band (a type of satellite frequency) on GSAT-15 Satellite because doing so would provide the media business with an unfair competitive advantage.

According to the government, the existence of these ten channels has resulted in a loss to the exchequer of about Rs 100 crore annually as well as a decline in viewers and income for the smaller regional broadcasters because they were broadcasting without paying the auction and license fee to Prasar Bharati, which conducts the annual auction for DD Freedish slot.

The case was heard in Delhi High Court on Wednesday, and the Divisional Bench, where another PIL in the case is listed, was instructed to take it. The next hearing will take place on October 6.

The government has noted in its order that Zee Media was receiving an unfair advantage because of the permit to link via the KU band, so removing the permission will assist level the playing field.

Several broadcasters, including ABP Network, News24, and other regional players, have commented on the ruling and claimed that it was a step in the right direction and would level the playing field.

ZMCL has requested authorisation (in 2019) to simultaneously uplink 10 channels in the Ku Band on the GSAT-15 satellite from the teleport of Dish TV India.  Many operators have expressed a wish to receive channels in the Ku-Band, but many of them do not own or operate a C-Band receiving dish because they are located in populated areas where such installations are not feasible, according to the applicant's reasoning. The applicant also stated that Ku-band permits smaller dish antennas for its application, making the installation less expensive and complicated and causing less terrestrial interference, according to the MIB decision.

The order says, “Due to availability of channels on DD FreeDish, ZMCL is having a competitive advantage vis-a-vis other private broadcasters (who are not on Ku Band), besides the leverage of large subscriber base of DD.” 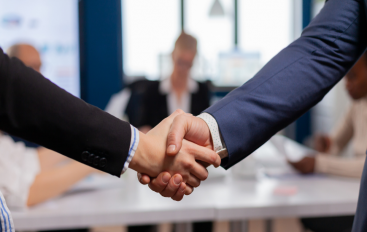